A new phase in the Egyptian economy by inaugurate a New Administrative Capital city which aims to alleviate greater Cairo that will be the economic powerhouse in the Middle East and the hearthstone of parliament, ministries, public sector companies surrounded with integrated urban communities.

The city is located in the East of Cairo, on the way to the port city of Suez. Covering an area of 30 square miles, which is larger than Singapore, it accommodates for the 6.5 million citizens that live there. In addition, it has a green belt that is two times larger than Central Park in New York and is surrounded by integrated urban communities.

Since the New Administrative city is not only intended to spread out the population, but is also designed to be an integrated, modern, smart, and green city. Smart infrastructure is attentively planned with the city being able to run up more than 35 square miles of solar energy farm, utilize a non-cash system for services, smart traffic networks, and a massive recycling system.

The Downtown square is designed to gather national and foreign investments, headquarters of banks, and multinational companies. Adding to a variety of hotels such as the Masa hotel, the Central Bank of Egypt, commercial areas for shopping, luxury restaurants, and cafes. The Downtown area is distinguished with a strategic location on the circular road and near to the governmental district, R7, and R8 to offer a myriad of opportunities for all the inhabitants in these urban communities.

The mega project of the New Administrative Capital city was a great motivation. ADG has found no better choice other than Egypt to be its launching hub, where it’s objectives align with our future requirements and smart solutions. 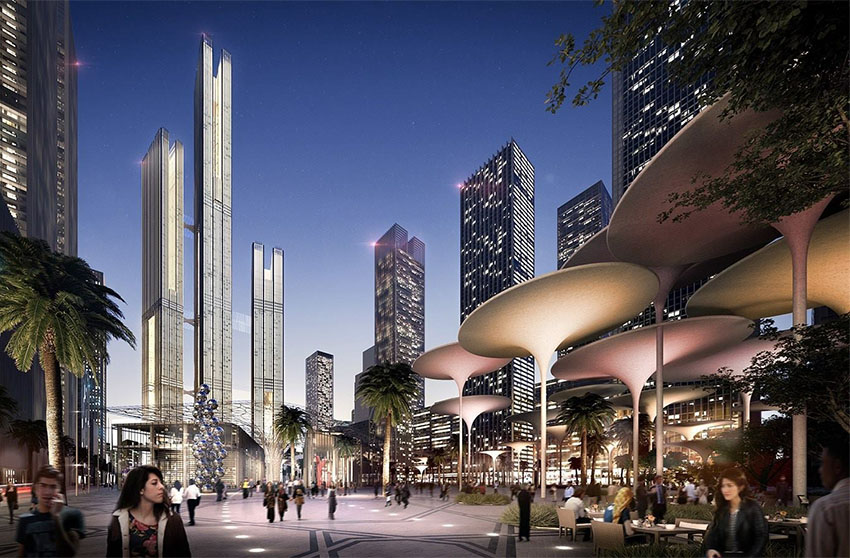