ARQA Development Group held a press conference on Tuesday, March 16, at the company’s headquarters in New Cairo, to announce the start of drilling and construction work with its latest projects, I Business Park Towers, in the presence of Mr. Ahmed Gamal, CEO of the company, Eng. Ahmed El-Zainy and Dr. Abdel Salam Ahmed, members of the Board of Directors, And Mr. Ahmed Ziyada, Marketing Director of the company.

Mr. Ahmed Gamal said during the field visit to the project, in which the foundation stone for the project was laid in the presence of an expanded media, that the “I-Business Park” project is distinguished by its unique location, as it occupies the best location in the New Administrative Capital, which is the main square of the Downtown area, and directly overlooks the Green River, Al-Massa Hotel with the view of the Iconic tower, which is what encourages customers to invest in it.

He also explained how ADG has presented elegant architectural interfaces and unique features that can be implemented and delivered with the same specifications, and not just images of eye-dazzling interfaces presented on social media platforms and communication channels with customers to achieve large sales, but are not implementable in accordance with the engineering specifications and applicable international codes. Therefore, most of ADG’s clients in general, and detail-oriented engineers in particular, feel credible with the company and continue to invest with it.

The CEO indicated that the company had chosen the land at the end of 2019, before launching any project in the same area, especially the tower strip, and choosing it was his responsibility, indicating his enthusiasm and the members of the Board of Directors very much for this area, although it was a risk at that time, because it is the first project and it bears the company Many responsibilities towards the region, but the choice was very successful.

He noted that a project was opened with reservations in August 2020, and contracts began during October of the same year, but the volume of sales exceeded one billion pounds during the first 5 months, stressing that the company did not face any obstacles.

In response to the project financier, he confirmed that the company was not funded through any bank loans and that financing was only self-financing through the company.

Regarding the method of payment, Mr. Ahmed Gamal said that the main payment system is with a contract provider of 10% with facilities of 7 years, and there are other various and flexible systems, including those with facilities up to 12 years.

Mr. Ahmed Gamal continued his speech that the state supports real estate investment, and the state itself entered the field and became a strong competitor, which gave strength to investment inside Egypt through a group of new cities, and in return gave great popularity to the real estate investment movement inside Egypt, announcing that the company is preparing to enter a new project within The next 6 months.

Mr. Ahmed Gamal announced that the company does not prefer to enter into a project in an area in which many developers have invested, but it always prefers to be proactive to new areas or cities, and other developers come after it, as well as the “I-Business Park” project because the first company has the largest return and leads the pricing policies in the region. The company is now in the stage of searching for a distinct area for its new project, and it will most likely be in the Administrative Capital, or any city affiliated with the Urban Communities Authority.

Mr. Ahmed Ziyada, Marketing Director of “ARQA”, said that the project’s units are distinguished from their counterparts from competing companies, in terms of the accuracy of engineering designs and the mix of commodity diversity that were developed through our strategic partners, the engineering consultant office, Hussein Sabbour, and the Commercial Facilities Management Company (KAD) before launching the project.

He stressed that selling in commercial units is a specific activity at the time of operation, and the contract is signed on the condition of operating activity, and that step was decided in response to the recommendations of market studies and opinion polls that we conduct periodically on our clients and real estate market investors, which directed us to work in a manner that rises to the target level of the Administrative Capital City project, and is suitable to the target customer segment, and confirms the company name “ARQA”.

Mr. Ahmed Ziyada emphasized that there is no selling policy that is refuting each role for a very large number of units in exchange for quick selling and collecting large returns, because this harms the quality of the project upon operation and the company’s customers lose confidence in it upon delivery.

He added that ADG succeeded in being an example for many developers through the towers project in the Administrative Capital in many details, the most important of which is the announcement of the management and operation company for the project before the start of the offering. 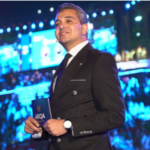 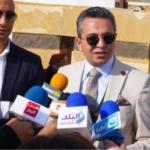 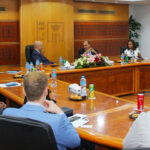 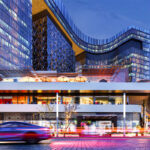